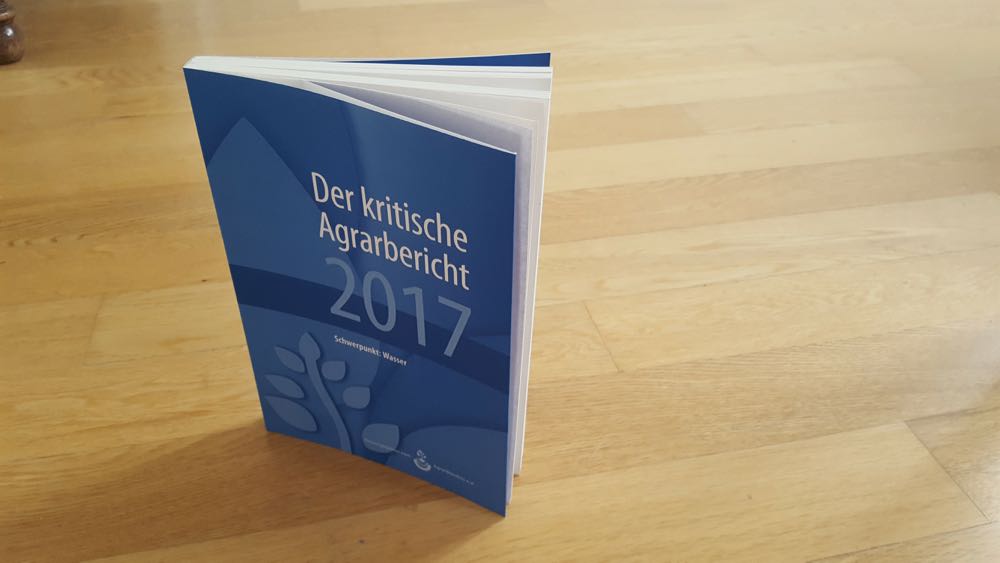 By Peter Gerhardt and Michael Gerhardt

Wood has been an important source of energy for humans since time immemorial. On a small scale and at a local level, this can be a meaningful lifestyle of giving to and taking from na-ture. Now corporations like E.ON and RWE have discovered the forest as a source of energy and unpack the chainsaw. As a result, species-rich forest ecosystems are degraded to indus-trial tree monocultures or whole forest areas are cut down. The energy giants are even subsi-dized for this exploitation of nature by public funds because the EU has set up wrong climate protection rules. The corporations’ hunger for wood shows how our growth-oriented economy exhausts the global ecosystems in the long term.

The pressure on the forests is increasing – forest areas worldwide are being destroyed for agri-culture, firewood, mining and dams. A look at the expansion plans of the paper industry also shows that this industry will continue to destroy large forest areas.

However, now the global battle for a share of wood reaches a new level where multinational energy conglomerates are going to attack the woodlands. European electricity producers’ pur-chasers travel from African Liberia to North Carolina in the US, to supply enough wood for their subsidized so-called “green” electricity production. The largest wood recycling plant on the planet is not a chipboard factory for Ikea, but the coal-fired power station Drax in Great Britain which has been modified to wood-fueled energy production. According to research by the international environmental organization Biofuelwatch, six million tons of wood pellets will be incinerated for electricity production in the future, this equals 12 million tons of raw wood.

German energy companies are also involved in this business, which is financed by public funds. Innogy, the outsourcing of the stumbling energy company RWE, operates “Georgia Biomass” in the USA, which is according to own data the largest wood pellet plant in the world. It has an annual production capacity of 750,000 tons. According to the American na-ture conservation organization Dogwood Alliance, it is likely that Georgia Biomass gets its raw materials from ecologically rare hardwood moist forests or from clear-cutting practice.

E.ON has outsourced its wood power plant in Gardanne, southern France, to its subsidiary Uniper. The dirty coal business of E.ON is now taking place on behalf of Uniper. The coal-fired power plant block, which has been converted to wood firing, is about to be commis-sioned and will devour more than 800,000 tons of wood per year. The French government will be subsidizing wood firing in Gardanne over the next 20 years with 1.4 billion euro as a cli-mate protection measure. According to the energy company, half of the wooden fuel is ob-tained from regional forests within a radius of 400 km. The rest is imported. These plans by Uniper are the reason for resentment of environmentalists from SOS Foret du Sud. They fear, inter alia, that regional forest areas such as the southern Cevennes are in danger, and that the imported wood is also coming from destructive forestry.

The European Union is the cause of this failure because it recognizes wood firing as a climate protection measure. Even reliable governmental institutions, such as the US Environmental Protection Agency (EPA), conclude that wood burning is by no means climate-neutral. As a matter of fact, bioenergy from wood already provides a major part of the contribution to the EU’s climate protection strategy, which aims to achieve a renewable energy share of 20% by 2020. The EU rules therefore allow wood burning to be subsidized by the Member States as a climate protection measure.

For struggling energy companies such as RWE, E.ON and co., these gifts of the EU are just what they have been waiting for. They offer the possibility of giving their already depreciated coal plants a second life, through conversion to wood firing thanks to the support from tax money: Climate killers become alleged climate savers. With its false deliberations, the EU is also delaying the necessary structural change of the European energy supply. Large power plants with an efficiency of less than 40% remain on the grid, although they belong into an engineering museum. In contrast, electricity extraction from modern power-heat coupling generation achieves significantly higher efficiency.

The future prospects for forests will be gloomy when wood-fueled energy production contin-ues to be accepted as climate friendly: the EU is currently negotiating its climate protection strategy till 2030, and wants to increase the share of renewable energies to 27%. It would be fatal if wood burning became more important in the future. Therefore, many non-governmental organizations are already working against this policy. Perhaps it is also a good opportunity for the environmentalists to think outside the box of campaigning and to analyze the current policy processes more fundamentally. Even today’s expansion plans of all branches of industry taken together would destroy the forests of our world. A profit-based economy which is programmed for continuous growth cannot be reconciled with the limited resources of ecosystems in the long term.