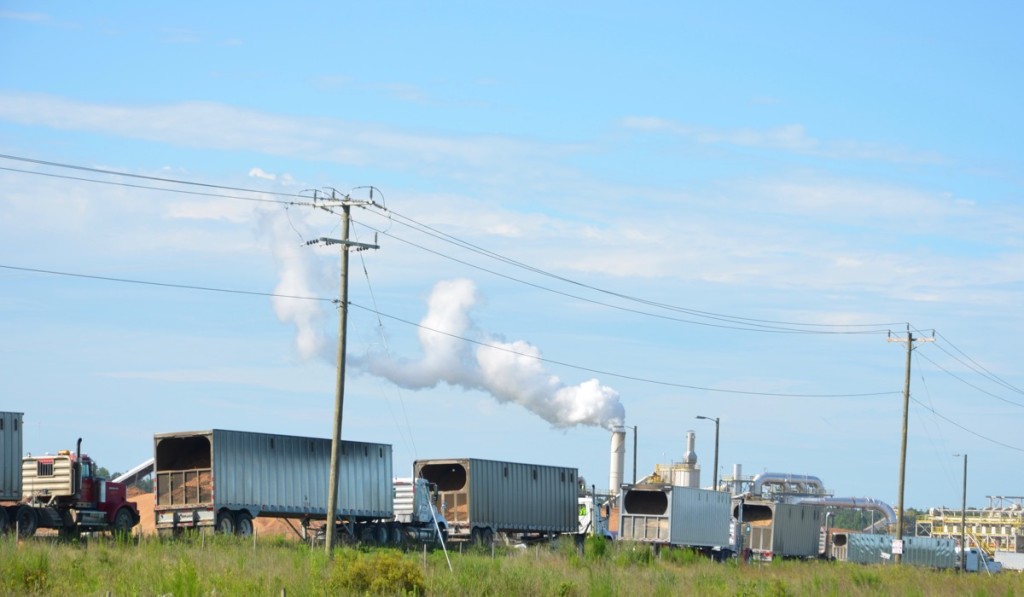 Humanity has got an energy problem. Fossil fuels such as oil, gas and coal are finite and burn-ing them causes climate change. Nuclear energy is dangerous and produces radioactive waste. Renewable energies such as sun, wind or biomass are thus to provide us with green energy in the future. That’s old news.

Political efforts are made to induce the necessary energy transformation with quotas and sub-sidies. The EU wants biomass to play a major role in the renewable energies for the future. Renewables are expected to account for 20% of energy consumption by 2020, goals for 2030 are negotiated right now.

As for the EU, biomass would primarily mean wood. The European hunger for wood has fatal consequences: forests are clear-cut and fertile farmland and precious ecosystems are de-stroyed for industrial wood plantations. And it’s not a no solution for climate change. Even the US government noted in June this year that energy from wood is by no means climate-neutral.

Facing climate change and a new situation for energy policy, the energy giants’ coal-fired power stations are no more than exhibits for the museum of technology. As a result of the so-called Energiewende in Germany, EnBW, E.ON, RWE and Vattenfall are in serious economic difficulties. In order to save themselves into the new era, the corporations are grasping at straws and go on a global shopping trip for timber. The idea is to use the wood as the new fuel to be burned in the companies’ conventional coal-fired power stations, giving these a second life.

Large amounts of wood are currently brought to the EU from the forest belt of the US South-ern States. The US pellets are mainly used as fuel in countries which do not have much forests themselves, like Great Britain, Benelux or Denmark – by German companies such as RWE and E.ON.